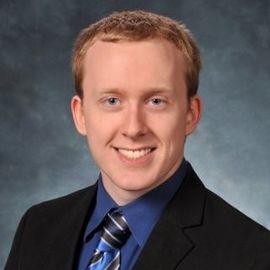 Ryan McDonald, Associate Editorial Director for CURE®, has been with the team since February 2020 and has previously covered medical news across several specialties prior to joining MJH Life Sciences. He is a graduate of Temple University, where he studied journalism and minored in political science and history. He considers himself a craft beer snob and would like to open a brewery in the future. During his spare time, he can be found rooting for all major Philadelphia sports teams. Follow Ryan on Twitter @RMcDonald11 or email him at rmcdonald@curetoday.com.

The treatment of myeloproliferative neoplasms (MPNs) — polycythemia vera, essential thrombocythemia and myelofibrosis — has drastically evolved over the past few decades.

Those developments have led to a plethora of options that can be used in patients, however, not every treatment is right for every patient.

During CURE®’s recent MPN Educated Patient® Summit, Dr. Bart L. Scott, of Fred Hutchinson Cancer Center in Seattle, discussed how the appropriate treatment option for patients is determined by their prognosis as well as their risks. Moreover, he delved into the history of some of the treatment methods and how they best fit patients.

Providers oftentimes use a prognostic model to determine the prognosis of their patients. In polycythemia vera, for instance, Scott noted that a patient’s age, history of thrombosis (more commonly referred to as blood clots) and their risk for cardiovascular events are factored into their prognosis.

In general, he said, their prognosis determines whether they receive cytoreductive treatment, or treatment to control blood cell counts without allowing it to go up or down.

For essential thrombocythemia, Scott explained, providers use a patient’s age, as well as their history of thrombosis and their platelet counts. It is important to note, according to Scott, that people with platelet counts that exceed 1.5 million are at a greater risk of experiencing additional complications, including bleeding.

Recently, study results have been used to show survival outcomes are closely tied to a patient’s risk – which is also used to create their prognosis. In that study, patients were categorized as either low- or high-risk as well as high-risk with a variety of one or multiple risk factors. The data demonstrated that this type of risk assessment was highly predictive of mortality in patients, according to Scott.

The findings showed that the overall mortality rate at four years was 10% and that the primary cause of death among the participants in the trial was blood clots.

Beginning of the Road

The very first randomized trial, Scott highlighted, in the space of myeloproliferative neoplasms occurred in the 1970s. The findings were “very groundbreaking,” he said.

During the “groundbreaking trial,” patients were randomized to receive either a phlebotomy, or blood draw (a procedure in which a needle is used to take blood from a vein, and in the case of blood disorders, to remove extra red blood cells from the blood), chlorambucil or chromic phosphate P32 (P32). The long-term outcomes based on survival favored treatment with phlebotomy. The reason, however, was because both chlorambucil and P32 are associated with increased risk of an additional malignancy later on.

“This taught us a lesson about toxicity,” Scott said during the presentation. “It’s not only important to control the disease, but you need to choose a treatment that has a fairly low toxicity profile, so that patients don’t suffer later consequences. In the era that these types of studies were done, secondary malignancies, like developing leukemia, was a greater cause of death than (blood clots). But we've learned from these types of studies, and we try to avoid agents that increase the risk of leukemic progression.”

Aspirin Comes into the Mix

In the early 2000s, there were studies out of Europe that analyzed the role of low-dose aspirin on event-free survival (length of time after treatment ends that the patient remains free of certain complications or events that the treatment was intended for) in patients with polycythemia vera. The results indicated that treatment with low-dose aspirin, when compared with placebo, improved event-free survival in those patients. These findings, Scott noted, were then extrapolated and then used to show aspirin’s effect in reducing the risk of bleeding in patients with polycythemia vera, essential thrombocythemia and primary myelofibrosis.

However, Scott noted, aspirin isn’t always necessarily the best option for patients. For instance, in essential thrombocythemia, patients who have high platelet counts should not, according to Scott, receive aspirin and instead should wait until their platelet counts are under better control. Moreover, in myelofibrosis, aspirin should be avoided if platelet counts fall below 100,000.

“We generally say, ‘OK, we need to stop the aspirin because the risk of bleeding is greater than the risk of blood clots,’” he said.

Regardless of these specific instances, aspirin is now a mainstay in the treatment of MPNs, according to Scott.

Patients with MPNs may experience certain symptoms that can affect their quality of life, such as an enlarged spleen.

Splenomegaly, as it’s referred to in medicine, typically doesn’t cause symptoms but, according to the Mayo Clinic, can lead to more frequent infections as well as increased bleeding.

To limit these events from occurring, several drugs have been researched and subsequently entered the market to control spleen size.

One of those drugs, Scott discussed, was Inrebic (fedratinib). Approved by the Food and Drug Administration (FDA) in 2019, Inrebic use led to a significant reduction in spleen volume and improved total symptom score in patients with intermediate-2 or high-risk primary or secondary (post-polycythemia vera or post-essential thrombocythemia) myelofibrosis.

Overall, Scott explained, treatment recommendations for polycythemia vera, essential thrombocythemia and myelofibrosis depend on a multitude of things. Ultimately, treatment decisions for patients depend on age at diagnosis, their risk as well as their blood and platelet counts.

Science Surrounding MPNs ‘Continues to Evolve at a Rapid Pace’

Living the Full Cancer Experience With Compassion, Grace and Skill

The Power of Being Grateful Through Cancer’s Hardships