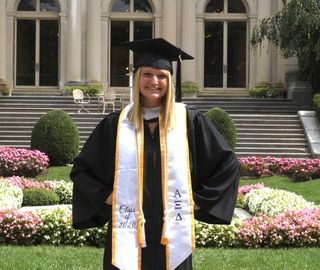 Colleen Moretti, Assistant Editor for CURE®, joined MJH Life Sciences in November 2020. Colleen is a graduate of Monmouth University, where she studied communication with a focus in journalism and public relations. In her free time, she enjoys learning to cook new meals, spending time with her adopted beagle, Molly, or sitting on the beach with a good book. Email her at cmoretti@curetoday.com

Although patients treated with the combination did not have significant improvements in survival, telaglenastat and Cabometyx did not increase the rate of side effects in patients.

In patients with metastatic clear-cell renal cell carcinoma, a type of kidney cancer, adding telaglenastat did not improve the efficacy of Cabometyx (cabozantinib) in improving progression-free survival, according to recent study results.

Telaglenastat is a glutaminase inhibitor that deprives tumor cells of glutamate, which inhibits growth and survival, according to the researchers.

“While the addition of telaglenastat to (Cabometyx) did not improve outcomes in this unselected RCC patient population, future studies of telaglenastat may be warranted to determine the effect of glutaminase inhibition in biomarker-driven patient populations with high dependence on glutamine/glutaminase and/or in combination with other therapeutic partners,” the researchers wrote in the study published in JAMA Oncology.

In this study, researchers sought to evaluate if adding telaglenastat to Cabometyx would improve progression-free survival (time during and after treatment when the patient lives without disease progression). In particular, researchers analyzed data from 444 patients with metastatic clear-cell renal cell carcinoma, of whom were assigned either Cabometyx with telaglenastat (221 patients) or Cabometyx with placebo (174 patients). Of note, 62% of patients in the study were previously treated with immune checkpoint inhibitors.

Telaglenastat with Cabometyx did not significantly improve progression-free survival compared with placebo plus Cabometyx (median, 9.2 months versus 9.3 months, respectively).

Duration of response (the time the disease responds to a treatment without growth or spread) was 12 months with telaglenastat and 11.2 months with placebo.

A preliminary evaluation of overall survival (time since the start of treatment when a patient with cancer is still alive) showed no difference between telaglenastat (22.2 months) and placebo (24.8 months).

The study authors explained that the lack of efficacy demonstrated with telaglenastat could be due to a low dosage. However, the dosage which was used in this study (800 milligrams twice per day) was established based on previous studies which demonstrated positive results.

Another possible reason, they added, could be that Cabometyx may not be the optimal therapeutic agent to combine with telaglenastat with the goal of inhibiting glutaminase. It is also possible that glutaminase is not an ideal target in this patient population, the study authors explained.

Of note, more patients discontinued cabozantinib when combined with placebo compared with telaglenastat (15% versus 10%), “suggesting that telaglenastat did not exacerbate (side effects) associated with (Cabometyx),” the study authors noted.

Integrative Care May Be Beneficial During Treatment for Kidney Cancer

Speaking Out About Side Effects From Kidney Cancer Treatment