While I’m usually a private person, it’s important to me to share my three bouts with cancer so that others will learn their bodies and their family history.

I am usually a very private person, and I really don’t want people to know my business because of the unease of what people would say or think if they knew. I realize that I don’t have to share anything if I don’t want to, but after some thought, I can’t be silent anymore. I have to tell someone about it.

I remember it like it was yesterday. It was May 22, 2002; I was 36 when I received a message that would rock my world. The doctor came into the room and told me that I had developed invasive ductal carcinoma — also known as breast cancer.

Prior to that, I was doing a regular check when I felt a lump. I set up an appointment and went to the doctor. I went there with Auntie Shirley. When he gave me that message, it felt like everything stopped. I don’t remember hearing anything he said after that; I just burst into tears. When I got that message, I just let out a scream, and the tears just started rolling out. I thought I was going to die. It was the worst news that any woman could receive.

My mother always taught my sister and me to learn our bodies. I remember her showing us the lump, and it was the size of a grapefruit. My mother had breast cancer twice, and she died at the age of 47. I also learned that my family has a history of breast cancer. I knew that my grandmother died of breast cancer; I’m not sure how. I am the third generation named Elise, survivor of breast cancer.

I am so glad that there have been breakthroughs over the years. My mother took chemotherapy without anti-nausea pills, and I remember her saying that after a round of treatment that it was like she had sucked on a penny. When she took her treatments, she was usually sick for a few days, but thanks to the advancements, I was able to work through treatment. They now give you medicine for anti-nausea. My mother didn’t have this.

Although treatment has come a long way, there are some things that need to be improved. One of the side effects of chemotherapy is hair loss. During the first round, I lost my hair and after the second round, even more came out. I remember falling into a bout of depression because it felt like I was losing my femininity.

I made it through six rounds of chemotherapy.

Five years later, in May 2007, I was diagnosed with breast cancer again at age 41. I was devastated because I just beat it. It felt like I was being sucked back down into a black hole. I couldn’t help but ask, “why do I have to go through this again? Why me? Why does this keep happening to me?”

The third time was January 2018, at age 52. I felt another lump in my breast. So, just like before, I made an appointment with the oncologist. I went into the office with Auntie Shirley. The tech explained that the area of blackness was cancer. Auntie Shirley hugged me, and I just bawled like a baby.

After the crying, I went through treatment again. After the second round of chemo this time, I found myself totally exhausted, not wanting to do anything. Rounds three, four, five and finally, six rounds were completed.

I was lying in bed when my sister came into the room, telling me I needed to eat. I could not eat; I was completely out of it. She slapped me on my face and said, “eat.” I began crying again. Finally, I did eat. I am blessed to say I have endured 12 rounds of chemotherapy and 33 rounds of radiation.

As a three-time survivor, I want everyone to know that support is essential. I received support from three places: my natural family, my church family and other sisters who were receiving treatment.

Two sisters stand out. The first sister was Julie. Our families grew up together, so because of that, it was easier for us to connect. She was the reason why I gave my testimony in October 2010 as a survivor, and I can assure you that every day is a day for awareness. The Lord also had different plans for Julie. She died of breast cancer.

The next sister I connected with was Winona. In September 2019, she was diagnosed with breast cancer. We would exchange phone numbers and would talk weekly. I began to share my experiences with chemo and radiation. When I told her that I had cancer three times, she called me her “shero” — a female version of a hero.

She also called me an “Encyclopedia,” and told me that I knew a lot. I told her I would do research and would find a lot of information. There was a strong supportive bond I had with her, just like I did with other breast cancer patients. I told her it was like the Lord wanted me to share the information.

One year later, the Lord had other plans for Winona. She died in December 2019. That was a sad day for me.

I wanted to share my experience as a survivor, so it will encourage women to become familiar with their bodies, know their family history and to get a yearly mammogram.

This article was written and submitted by Elise Anna Harris.

This article reflects the views of Elise Anna Harris and not of CURE®. This is also not supposed to be intended as medical advice. 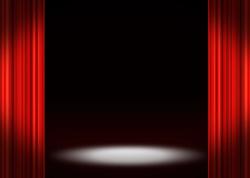 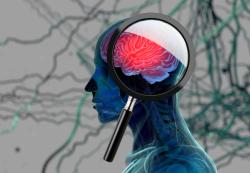