Brielle Benyon, Senior Editor for CURE®, has been with MJH Life Sciences since 2016. She has served as an editor on both CURE and its sister publication, Oncology Nursing News. Brielle is a graduate from The College of New Jersey, where she is pursuing a Master’s in Public Health (part-time). Outside of work, she enjoys spending time with family and friends, CrossFit and wishing she had the grace and confidence of her toddler-aged daughter.

The Food and Drug Administration approved oral Nubeqa plus the chemotherapy docetaxel for patients with metastatic hormone-sensitive prostate cancer.

The Food and Drug Administration (FDA) approved Nubeqa (darolutamide) tablets plus the chemotherapy docetaxel for adults with metastatic hormone-sensitive prostate cancer, according to the agency.

The approval was based off findings from the ARASENS clinical trial that involved 1,306 patients with metastatic hormone-sensitive prostate cancer, who were randomly assigned to receive either oral Nubeqa plus docetaxel or placebo plus docetaxel. Additionally, all patients on the study received gonadotropin-releasing hormone analog alongside treatment or had a bilateral orchiectomy (removal of the testicles).

Average overall survival (time from treatment until death of any cause) was not reached for patients in the Nubeqa group because so many patients were still alive at the time of data collection, whereas it was 48.9 months in the docetaxel/placebo group. Additionally, patients given the Nubeqa-containing regimen had a significant delay in time time-to-pain progression, the FDA reported.

The most common side effects seen in patients treated with Nubeqa on the ARASENS trial were constipation, decreased appetite, rash, hemorrhage, weight gain and high blood pressure.

Why We Should Curse Cancer 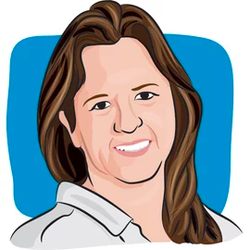 This Prostate Cancer Awareness Month, I’m Sharing Our Experience With the Disease

When Cancer Treatment Leads to a Secondary Cancer: Survivor Shares Her Story of Angiosarcoma