While I've been deemed no evidence of disease, I'll continue to support others in my cancer wolfpack.

In the summer of 2017, a couple months after my dad had died from a long-term illness, I started to have some abdominal pains, fatigue and blood in my stool. I figured it was brought on from the stress of settling my dad's estate dealing with his death. All of this I would ignore for the following months because of the grief from my dad's death and family issues I was having at the time.

In October of that year, I went to a doctor's appointment for a routine physical. I told my doctor about the symptoms I was having, and he recommended that I undergo a colonoscopy since I had just turned 50. I scheduled my colonoscopy for a few weeks later.

Two days before my procedure,my mom died suddenly of a heart attack.Once again, I ignored my symptoms and canceled my colonoscopy to help my sister to settle my mom's estate and her last wishes. I just continued to gut it out and ignore the pain I was feeling over those previous months.

I honestly figured all the emotional turmoil I was feeling was causing the stress on my body.

Over the next few weeks, I felt deeply saddened because I was not going to have my mom over the holidays. I felt emotionally and physically weak. Little did I know it was the cancer inside me that was causing the pain and discomfort.

In the spring of 2018, at the urging of my wife, I scheduled the colonoscopy that I so much needed. I had “Doctor Googled” enough that I figured that my symptoms might be from cancer. I just hoped I was wrong.

I woke up during the colonoscopy and looked up at the monitor, seeing what was in my colon: a meatball-size tumor.

My doctor could see that I was upset. I knew I was looking at my cancer right in front of me.

My doctor said in a gentle voice that he had gotten around the tumor and up through my colon and everything looked clear. They had removed two small polyps and measured, marked and biopsied my tumor. He wanted to let me know that they were going to take care of me. The hope is that we caught this cancer early.

When I got to the waiting room, I could not look my wife in the eyes. The guilt of not dealing with my cancer earlier that year was setting in on me. I knew I had just turned our world upside down. I am glad she was there because I could not comprehend what he was saying. I just felt sick. The doctor felt certain that the cancer was stage three by the size of my tumor and location but felt we had caught it early.

My wife is a registered nurse and could understand the clinical side of my cancer. It was the emotional turmoil that cancer causes that we were going to need help dealing with. Cancer not only crushes you physically but takes a devastating toll on you mentally.

Treating the Body and Mind

I thought I was being a good patient. My wife is a nurse at the same hospital as my cancer center and figured out the plan of action with my care team at the hospital. The plan was to kill the cancer. My wife was not going to allow anything less than that.

I underwent surgery to remove my tumor from my colon and three affected lymph nodes. After surgery the plan was to do “clean up” chemotherapy.

I was doing fine at first until the emotional side effects of cancer hit me. Over a few weeks, I became a very sad and broken man. I could handle the physical side effects and even the nausea brought on by the medicine.

It was the loneliness and self-isolation that overwhelmed me during treatment. I am generally an outgoing person,but withchemotherapy, I became a sad person that was fearful the cancer had spread. It was all I could do not think about it. The stress at times was overwhelming.

At about my second treatment visit with my oncologist, he noticed how sad and stressed I looked and recommended that my wife and I sit down with a therapist to talk things out. I thought I was fine, but my wifethought differently.

The pressure of being my caregiver, a full-time nurseand mom was getting to be too much for her. She could not be my only sounding board, it was just putting too much pressure on her. I agreed toseek help. We are not the only ones that are suffering because of this disease. I wasn't going to let cancer steal my marriage and hurt the ones I love.

I went to a few sessions with my therapist and started to go to a local support group she was leading. It was helpful to talk to other patients going through the same things I was. I also found an online support group to connect with my peers.

Life After Cancer Is Still Stressful

After I finished chemotherapy, I got the results that everypatient hopes to hear: NED (no evidence of disease), where the cancer is gone, but I’d be monitored for cancer’s return.

I went out to celebrate with the family that night, but I was not sure what I would do next. How could I feel good when so many people I knew were not even close to the same status?

My therapist encouraged me to continue to come to the support group, as my story would bring a lot of hope to the members of the group, and I might find that I need support from the group as a survivor.

She was right. As the months followed, I found myself grieving my cancer. At least I was doing something about it during chemotherapy treatments; now I felt like I was waiting for it to come back. It would be a few months before I realized that giving back to others in the cancer community is the greatest way to combat this kind of anxiety.

A fellow patient and member of Colontown encouraged me early on in my cancer diagnosis to find ways to share my cancer story and to give back to the community. He told me that men typically don't want to talk about their cancer story, or they are ashamed they have cancer.

His name was Charles Griffin Jr. and he became a huge part of my cancer story. After he died in the summer of 2019, I was reminded of the words in a speech called “We Are All Glow Sticks” that he had given to a group of cancer survivors, where Charles told us that being a cancer patient is like a glow stick: you must be broken to shine.

I had been broken and now I needed to shine. I was on a mission to discover how to exactly do that as a survivor. I looked for ways to encourage other patients at my local cancer center. I participated in a couple of local fundraisers and started to share my cancer story in various colon cancer groups.

Around the end of 2019,I had met a fellow cancer patient and Colontown member named Trevor Maxwell, a stage 4 survivor who was building a webpage and writing a book about the physical and mental struggles of men with cancer, called “Man Up to Cancer.” He wanted to change the narrative to what “manning up” means to cancer. He did not want men to mentally close shop, but to have an open heart and a warrior spirit.

Trevor asked me to help build and lead a Facebook support group called “The Howling Place” as a component of the webpage. It focused on the idea of a wolfpack supporting each other.I invited over 200 men to join the group and most of them joined within the following days.

As of today, we have almost 1,800 men in The Howling Place. I'm proud to be the lead the group and offer emotional support to the members. I continue to fight the anxiety that comes from the worry of recurrence, but now I have a “wolfpack” to run with today.

I have decided that if cancer is done with me, I am not done with cancer. My journey as a cancer advocate was just beginning.

This article was written and submitted by Joe Bullock; it reflects the views of Joe Bullock and not of CURE®. This is also not supposed to be intended as medical advice. 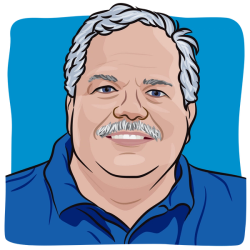 It’s OK to Not Be OK With Cancer 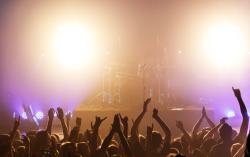